Maybach, a full brother to Golden Slipper winner and top Widden Stud stallion Sebring, is set to make his debut in the Cabra-Vale Diggers Plate (1400m) at Warwick Farm on Wednesday.

The 3YO colt, who is trained by Gai Waterhouse & Adrian Bott, was purchased for $1.3 million by a syndicate comprising his trainers, Aquis Farm, Blue Sky Bloodstock & Dermot Farrington at the 2017 Magic Millions Gold Coast Yearling Sale from the draft of George Altomonte’s Corumbene Stud.

Altomonte was also the breeder of Sebring who won 5 of his 6 starts including the Gr1 Golden Slipper and Gr1 Sires Produce Stakes. His only loss was to champion filly Samantha Miss in the Gr1 Champagne Stakes.

Maybach and Sebring are both by More Than Ready out of the good producing mare Purespeed (Flying Spur) who is also the dam of Gr2 Ajax Stakes winner Pureness. 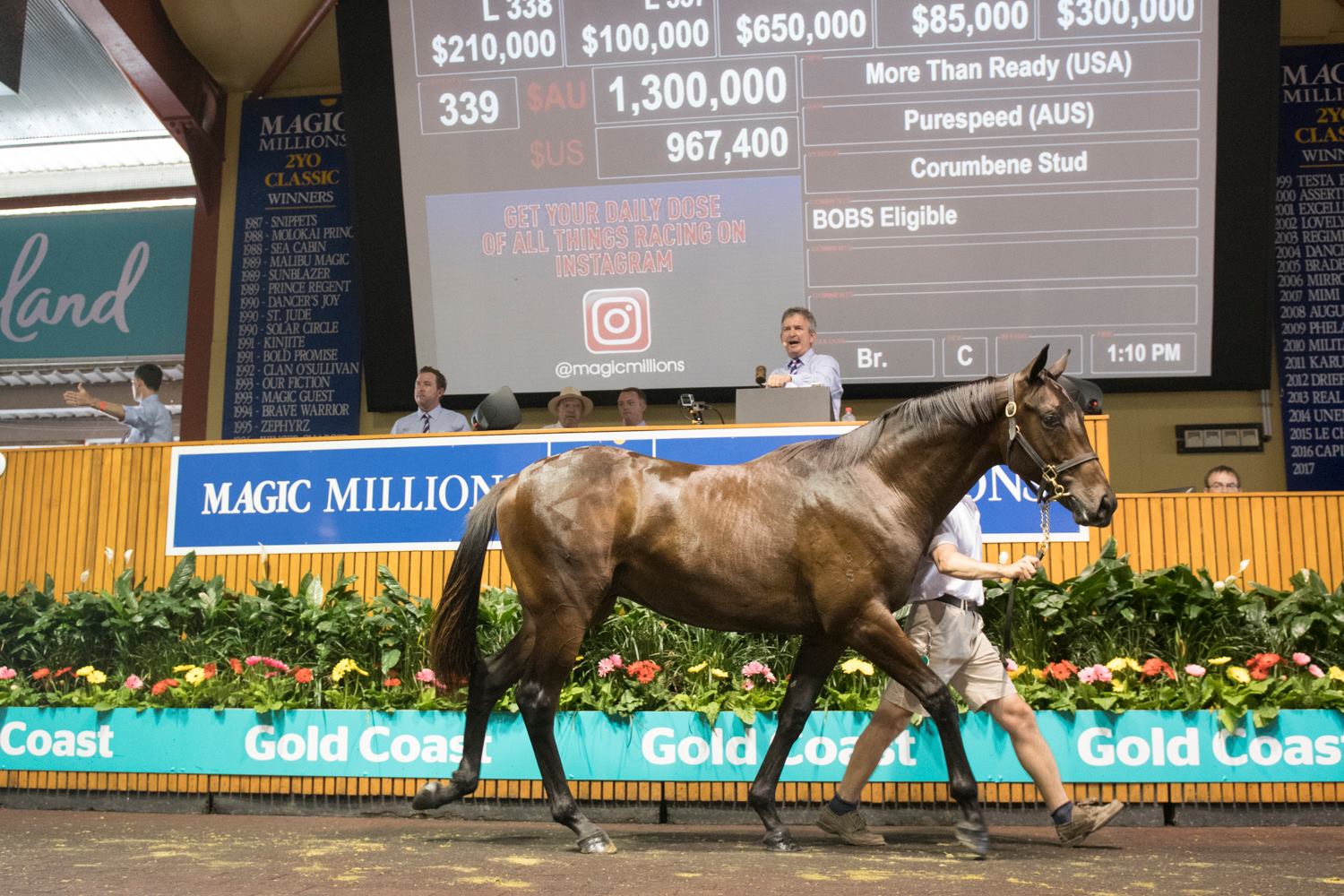