Hinchinbrook’s Madame Gets The Money

Having her second start, Madame Moustache showed both admirable courage and the benefit of race experience when headed in the straight but coming again to prove too strong in a tight finish with Darhad. 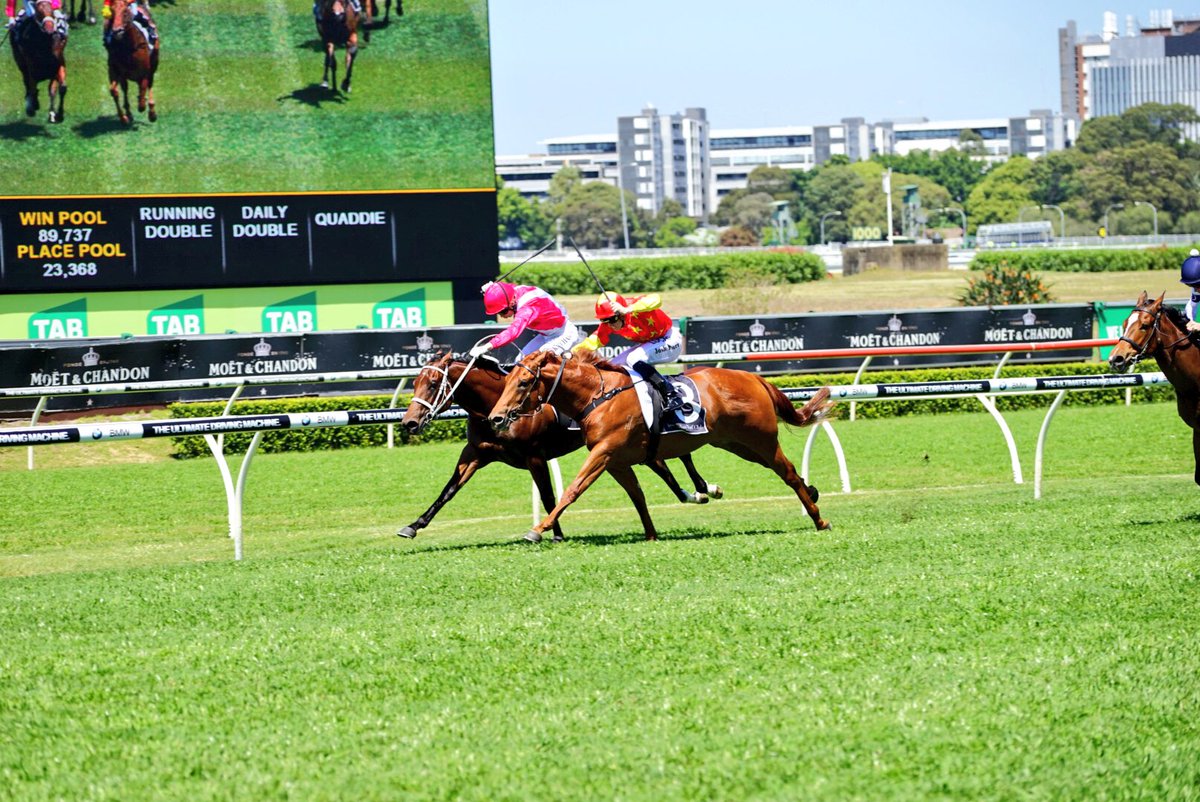 “She had to dig very deep to fight back but that’s race experience for you – it’s absolutely priceless,” stable foreman Charlie Duckworth said.

“It was the difference between winning and losing today, she’s done a tremendous job.

“She’s taken natural improvement and is just tough and honest.”

Madame Moustache was a $180,000 purchase for Princeton Thoroughbreds from the draft of Corumbene Stud at the Magic Millions Gold Coast Sale.

She is the first winner for Gamble (Encosta de Lago) who hails from a strong two-year-old family being a daughter of Wager, a two-time Group Two winner and second as a juvenile in the Gr.1 Blue Diamond Stakes, Gr.1 AJC Sires Produce Stakes and Gr.1 Champagne Stakes.

She in turn is a half-sister to Blue Diamond Stakes winner True Jewels, also bred and sold by Corumbene Stud.

Hinchinbrook was last season’s champion second season sire and Madame Moustache is the first of his third crop to be produced in the new season.