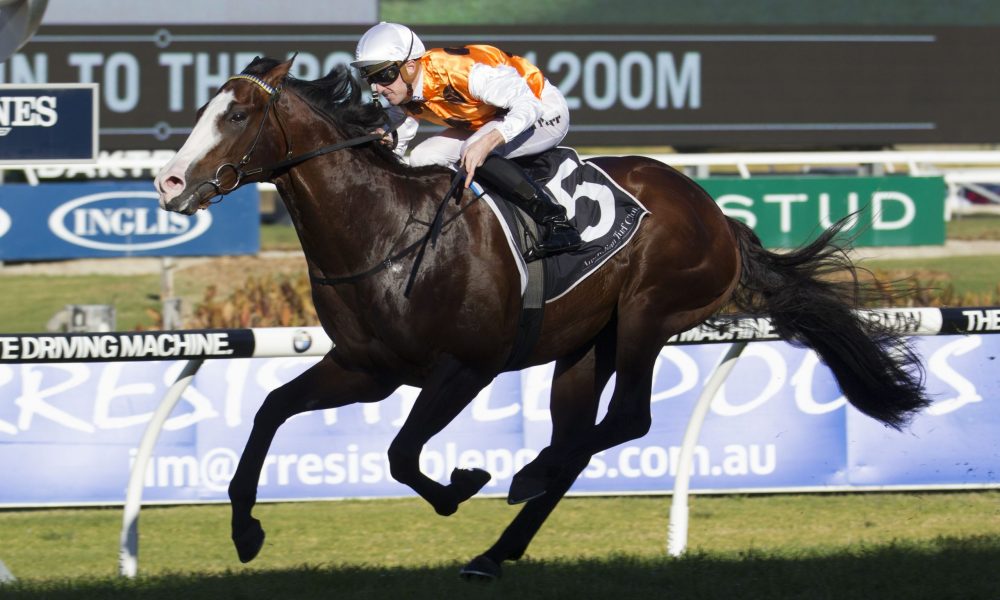 Multiple Golden Slipper (Gr 1, 1200m)-winning breeder George Altomonte, who has enjoyed success with his thoroughbreds for decades, will return to standing stallions at his large-scale property Corumbene Stud in the NSW Central West.

The breeder of Sebring (More Than Ready) and Overreach (Exceed And Excel), who won Australia’s premier two-year-old race in 2008 and 2013 respectively, Altomonte will stand Menari (Snitzel) and Standout (Exceed And Excel) at his Dunedeoo property Corumbene later this year, ending a 21-year stint out of the stallion game.

Menari, a Group 1-placed colt bred and raced by Altomonte, stood his first four seasons at Newgate Farm in the Hunter Valley but he was plagued by subfertility issues while Standout, a Group 2-winning brother to Overreach, was recently retired as the winner of four races, headed by a triumph in the Expressway Stakes (Gr 2, 1200m) for trainers Gerald Ryan and Sterling Alexiou.

Altomonte, who also bred and raced Standout, has not stood at stallion at Corumbene since Natski (El Mana Mou) in 2001 and A Gift (Shecky Greene), who was pensioned four years earlier, but the well-known breeder revealed that the relocation of Menari and the opportunity to retain Standout will see a new era for the family owned farm.

“I said to Henry Field, ‘if you’re going to move him, we’ll take him back to Corumbene’ because if he’s on his own we might be able to get his fertility to perform a bit better,” Altomonte said.

“When I decided to get Menari, I also had Standout coming out and if you can stand one, you can stand two stallions just as easily, so instead of sending Standout elsewhere, and I had a lot of interest in him (from Victoria and New Zealand), I thought we’ll stand both of them together.”

Menari, the sire of three first crop juvenile winners from a small crop of just 18 live foals, will stand for a fee of $16,500 (all fees inc GST) while rising six-year-old entire Standout will be advertised at an introductory fee of $8,800.

Standout is the second last foal out of Bahia (Snippets), a juvenile winner of four races, who is also from the family of Blue Diamond Stakes (Gr 1, 1200m)-winning stallion Reward For Effort (Exceed And Excel) while further back in his pedigree is this season’s Group 3-winning sprinter Minhaaj (Exceed And Excel). Overreach, who is a key member of the Corumbene broodmare band, is already the dam of this year’s Blue Diamond Prelude (C&G) (Gr 3, 1100m) winner Lofty Strike (Snitzel).

“Standout has got a very good temperament, he is a good style of a horse and he’s a good looker,” he said.

“I have looked closely at his breeding and it’s pretty good, so I would be very surprised if he didn’t make it as a stallion.”

Altomonte also believes Menari, who won his first start in early January of his two-year-old season and ran fourth in the Golden Slipper prior to winning the Rosebud (Listed, 1100m) and Run To The Rose (Gr 2, 1200m) at three, is worthy of continuing his stallion career.

“I think that particular year he only got about 18 in foal and there’s a few already won, so it is a pretty good result. I think he’s doing all right, the only thing is, he doesn’t have enough foals on the ground,” he said.

“So, I don’t think we will have any trouble getting mares to him, we just hope we can improve his fertility a bit. We won’t fix it completely, but if we can get it a bit better, and get more mares in foal, then that would be the way

“If he is on his own at our place, with one other stallion rather than with 12 or 13 other stallions, he might do a bit better, but time will tell.

“We will send him a few good mares of our own as we will for Standout, too.”

In recent years Altomonte Snr has ushered his grandson Tommy Altomonte, 21, into the inner sanctum at Corumbene, with the pair working together to determine the matings for the farm’s 45 family owned mares.

The pair intend to be active at the upcoming broodmare sales in an attempt to bolster the Corumbene broodmare band and to source mares specifically for Menari and Standout.

“I know back in the day Grandad did have a couple of stallions there; it’s back to the future and it’s certainly an exciting phase for Corumbene,” Tommy Altomonte said.

“I think we have a pretty good chance of having some success, especially with Standout considering how well bred he is, being a full to a Slipper winner, and it’s also exciting to get Menari back at the farm.

“Even though his fertility isn’t the best, the ones who have been making it to the racetrack by him have been winning.”

“If you look at the market and consider horses similar to what he’s done, the Group 2-winning stallions, we could have stood him for more, but mainly being a mare farm ourselves, we thought it’d be important to try and price him well to entice some mares to him,” he said.

“At the end of the day, it’s a numbers game. The more numbers, the more likely he is to have his progeny go on and succeed.”

Altomonte Snr sees Corumbene’s location as no disadvantage to operating a stallion farm.

He told ANZ Bloodstock News that he had previously considered relocating his thoroughbred operation closer to the Hunter Valley stud farms, but he currently has no such plans, nor are any likely to be tabled any time soon.

“In the past, I’ve looked at moving the stud to places like Scone or in the Hunter somewhere closer in, but when I look at what Corumbene’s done, it’s produced some very, very good horses,” the veteran breeder said.

“We hardly ever get shin soreness, so there’s got to be something in the soil that helps with that. Livestock up there, whether it’s horses, cattle or sheep, they all do very well. It is a good property.”