Widden Stud are delighted to offer breeders a royally bred addition to the stallion roster for 2016 in OUTREACH, a Group performing full brother to Golden Slipper winner OVERREACH (pictured below) and three-quarter brother-in-blood to Blue Diamond winner and leading young sire REWARD FOR EFFORT.

It’s often said that a horse had ability, but never reached his potential and in the case of Outreach, that is indisputable fact.

His only outing produced a brave second in the Group III ATC Canonbury Stakes over 1100 metres at Rosehill when he led all the way as favourite, before being run down late by subsequent Golden Slipper winner and Champion 2YO Vancouver. 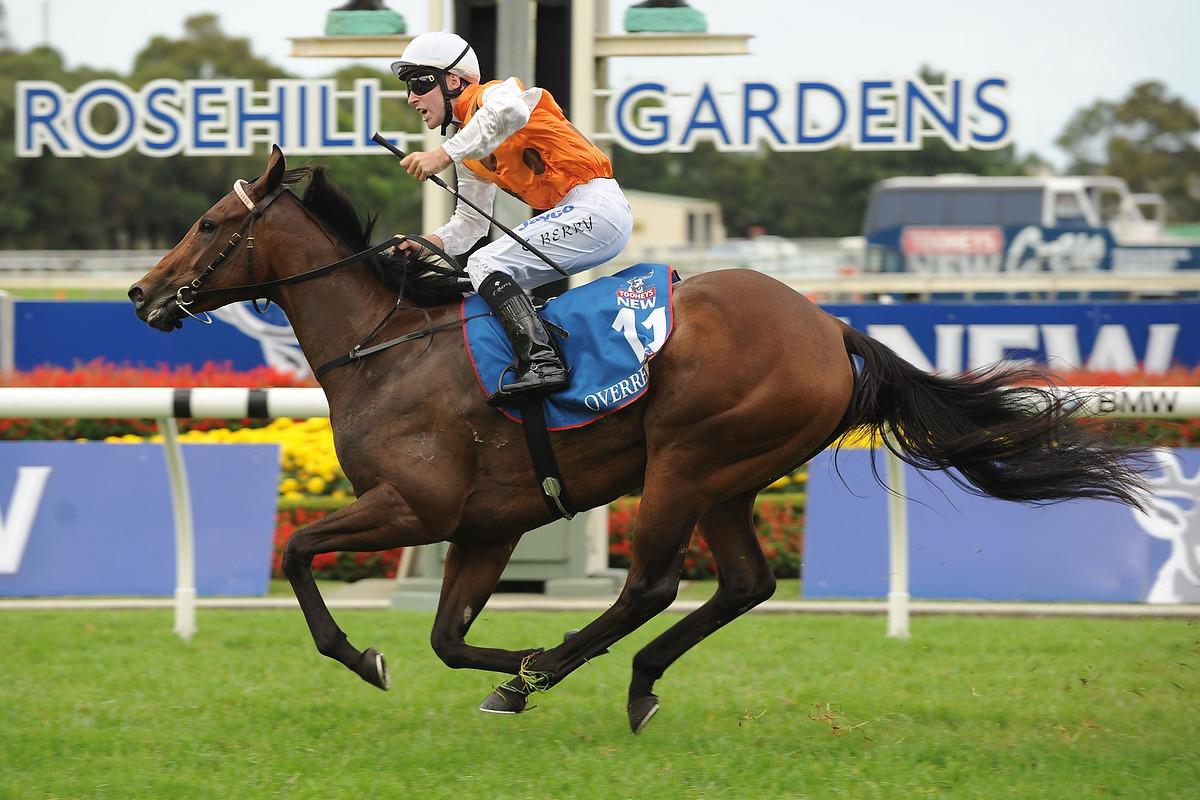 Injured in running, Outreach was subsequently retired without another start.

“A colt with genuine Group I winning speed. I was confident he would have given the 2015 Slipper a shake had he got there.”

“His debut performance to stretch Vancouver was incredible given he wasn’t screwed down.”

“We considered Outreach a superior type to his sister Overreach,” said George Altomonte.

“Peter Snowden said he was a flying machine. We know the horse’s ability and will be supporting him heavily. He fits the profile of a young stallion that has the capacity to sire early running types ”

A son of champion sire Exceed and Excel, who is renowned for his juveniles and has left over 100 stakes-winners worldwide, Outreach has a female pedigree steeped in speed.

“Outreach is a good looking individual from a tremendous two year-old family that features winners of the Golden Slipper, Blue Diamond and Magic Millions in his immediate pedigree,” pointed out Magic Millions Managing Director, Vin Cox.

The fee for Outreach has been set at $7,700 with attractive lifetime breeding rights available for broodmare owners.