Altomonte Happy To Keep Hold Of Menari As Studs Circle

San Domenico Stakes (Gr 3, 1100m) winner Pariah (Redoute’s Choice), who was runner-up to Menari in The Run To The Rose, is the second favourite at $6 ahead of unbeaten Ciaron Maher-trained colt Merchant Navy (Fastnet Rock) ($8.50).

Altomonte revealed to ANZ Bloodstock News yesterday that stud farms had already expressed interest in buying the son of Snitzel (Redoute’s Choice), who is out of General Nediym (Nediym) mare Isurava, a Listed-winning juvenile.

“I talk to the people because I know most of them. I have been contacted by six or seven studs who have an interest in him, and I will be fair to all of them when the time comes, but the time has not come yet,” Altomonte said.

“I just want to race him at the moment.”

The Corumbene Stud proprietor believes Menari, who has drawn barrier 11, is entitled to be the favourite for the Golden Rose Stakes, with a maiden Group One win vital for the colt’s stallion value.

“I look at the times of horses, which is my way of assessing them, and I think Menari’s times are pretty good,” he said.

“In The Run To The Rose, he broke the race record, and his times are better than anything else in the race.”

The wide barrier, as was the case when Menari took out The Run To The Rose, can only enhance the colt’s winning chances, according to Altomonte.

“You need a bit of luck because he is such a big horse, he is a big strider, but once he gets into a rhythm and goes, you can’t slow him down again,” he said.

“If there is daylight in front of him, he will go. If we were on the inside I’d be more worried because he could get stuck in behind traffic and that is not him.”

“You can use his speed or he can sit back, and he’s got a terrific turn of foot,” Ryan said.

Menari’s development as a three-year-old is not a surprise to most observers, least of all Altomonte, who said the colt’s two-year-old career could have been enhanced on dry tracks.

Menari was successful at his first start in January, defeating the Group One-placed Taking Aim (Choisir), and then struck trouble at his second start when runner-up to Pariah in the Canonbury Stakes (Gr 3, 1100m).

He was also demoted from third to fourth in the Golden Slipper Stakes (Gr 1, 1200m) after causing interference to Tulip (Pierro), before being spelled after an unplaced run in the ATC Sires’ Produce Stakes (Gr 1, 1400m) on 1 April.

“I reckon he would have won the Slipper if it had been a dry track,” Altomonte said. 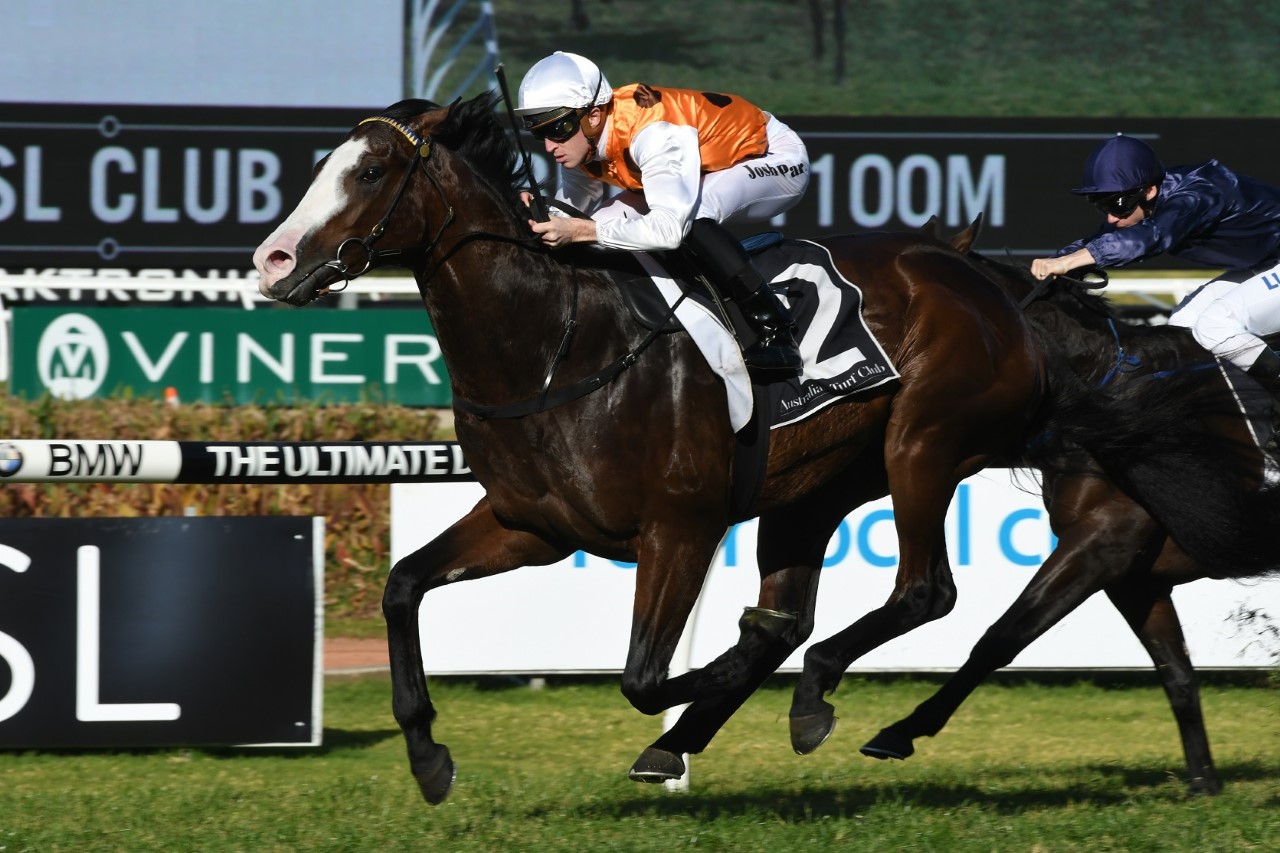 When Menari is retired to stud, Altomonte said it is his intention to keep a stake in the colt.

The owner has also retained Menari’s two-year-old sister Sweet Ava (Snitzel), who is also being trained by Ryan, while Isurava is due to foal to Not A Single Doubt (Redoute’s Choice) in late October before a return date with Snitzel.

“I would keep an interest in him (when I do sell him),” added Altomonte.

“The bloodlines are pretty good and I was very much a General Nediym fan, but he had some bad experiences when he stood at stud because he was moved around a bit.

“He didn’t really get going until he went to Widden Stud.”

Altomonte also confirmed slot holders in the $10,000,000 The Everest (1200m) had been in contact with him about having Menari run in the lucrative race at Randwick on 14 October.

“I am just going to see what happens on Saturday first, then we will have a think about The Everest next week,” Altomonte said. “There is also the Manikato Stakes and the Coolmore Stud Stakes in
Melbourne that he could head to, if he didn’t go to The Everest.”

Ryan said Menari could be capable of matching it with the older horses in The Everest despite the race bringing Australia’s best sprinters together.

“I’m not a big rap on three-year-olds at this time of year against older horses, but looking at him, he’s a big strong horse, he’s 570 kilos, he carries 53 (kilos) and he can run the sectional times,” Ryan said.

“If you’re going to have a three-year-old colt have a crack at the older horses, perhaps he’s the one.”