Skylimit wins at the Gold Coast for Gollan

Tony Gollan has trained 105 winners this season but few have given him as much satisfaction as Skylimit’s victory at the Gold Coast.

The now four-year-old is a half brother to 2013 Golden Slipper winner Overreach and was originally trained by Gai Waterhouse in Sydney.

Skylimit won his first start at Canterbury but after another five starts, owner George Altomonte sent him to Gollan at Eagle Farm.

“Mr Altomonte, who heads the syndicate, asked me to have a go with him. Apart from a very minor throat operation, which was more an entrapment than a tie-back, there is nothing wrong with him other than he was going too hard in his races,” Gollan said. 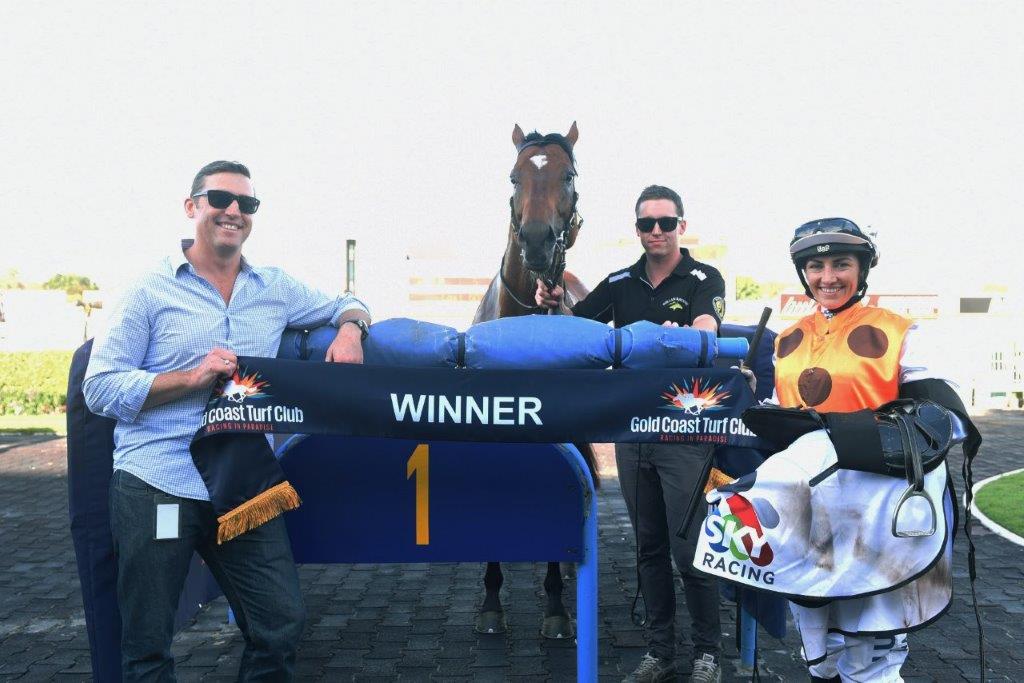 “After he got run down when leading by a big margin at Eagle Farm we decided to try something different. We took off the blinkers and the tongue control and put on a tongue tie.”

The gear changes have worked and Skylimit finished strongly from midfield.

“To be fair this horse has been a dream to train. It might have only been a midweek Class 3 but he will win a better race,” Gollan said.

Tegan Harrison won on Skylimit and moved to within her target of 100 winners for the season when she completed a double on stud-bound Queen Tara.