Former brilliant racemare Belong To Many, a very successful performer for country trainer Barb Joseph, produced her first winner at Moonee Valley on Friday night with a stylish victory for the Peter Moody trained Majestic Lass.

The three year-old daughter of Redoute’s Choice was resuming from a spell after two runs earlier this year and ran home an easy winner.

She settled just behind the leaders and kicked away to win over 1200 metres by more than two lengths. 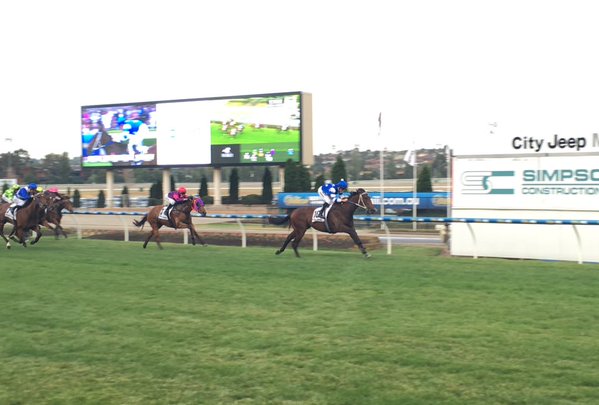 A $200,000 Inglis Easter purchase for her trainer from the Corumbene Stud draft, Majestic Lass scored a timely win as her half-brother by Sepoy will be offered by Baramul Stud as Lot 59 at Magic Millions next month.

Baramul Stud purchased Group II winning Belong to Many at the Magic Millions National Broodmare Sale in 2014 for $230,000.

She produced another Sepoy colt this spring.