Falkenberg On The Rise

The full sister to champion horse Sebring put in a superior staying performance to take out in the Schweppes BM 67 Handicap (1600m) at Warwick Farm on Easter Monday.

Piloted by her regular race partner Kerrin McEvoy, Falkenberg simply proved too good for rivals clocking in a 4.5 length victory against tearaway leader Dubaiinstyle who set the race up as a true staying contest.

“How lucky am I to get a filly like this to train?”

“It was evident there today in a fast run race and she stuck on really well at the end.

“She’s still very new and raw but she’s definitely got talent and there is plenty of upside to her.”

A last-start second to smart stablemate Happy Hannah who’s currently second favourite in the Oaks behind Jameka, Snowden hinted Falkenberg might be a slight chance to contest the lucrative staying event (2400m) for fillies at Randwick on April 9 enroute to the Queensland Oaks on June 4, although it’s unlikely. 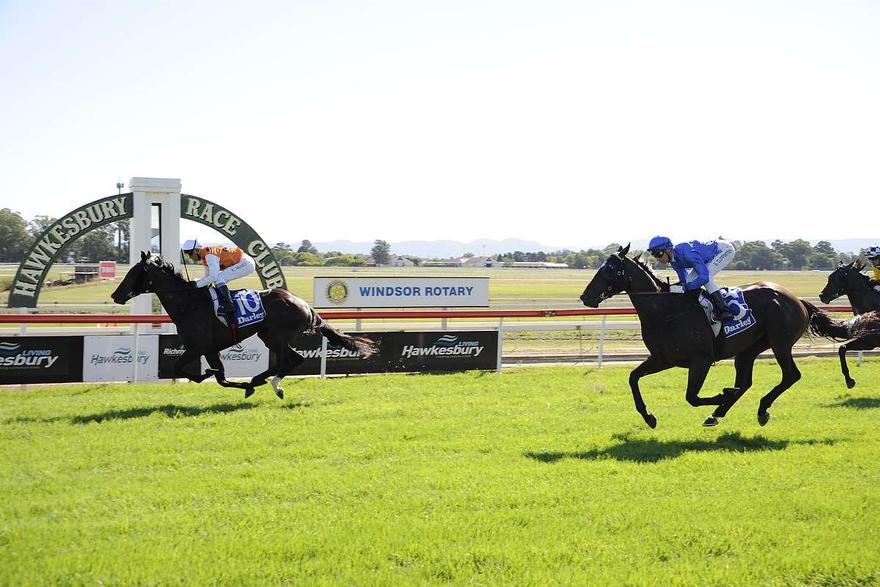 “She’ll have a short 10-day break as a freshen up and we’ll see what happens after that.

“The (Australian) Oaks is probably just a bit too quick for her but the benefit is she has three runs under her belt now and a 10-day let up.

“With a filly on the rise you have to consider all options, but at this stage the Queensland Oaks is her primary target and we’ll map out which lead up runs she has leading into to that.”

McEvoy, who starts his riding suspension today which means he misses Day 1 of The Championships but returns in time for Day 2, was delighted with Falkenberg’s efforts having given the daughter of More Than Ready another forward ride but with something to chase.

“At the 700m, I just had her up and rolling and she put the race to sleep once we turned for home,” said McEvoy.

“She’ll stay further than that and she’s got better races to come.”