France, other parts of Europe, Hong Kong and Mauritius are all racing centres on the resume of travelling Frenchman Johan Victoire, who’ll be in Fabrizio’s hotseat in the $1 million Group I Epsom Handicap (1600m) at Randwick on Saturday.

Victoire moved to Australia earlier this year and spends most mornings riding work for the powerhouse Randwick stable of Gai Waterhouse and Adrian Bott.

During his career in France, Victoire spent 10-years riding for champion trainer Andre Fabre, in races like the Prix de l’Arc de Triomphe. He won a Group I in Germany and his most recent Group I placing came in France last year.

Since arriving in Australia in July, Victoire has had 24 race rides for a return of five winners and seven placings. He partnered Gloaming Stakes winner Veladero to success at Hawkesbury earlier this month and finished second aboard Dee I Cee in the Group II Newcastle Gold Cup. 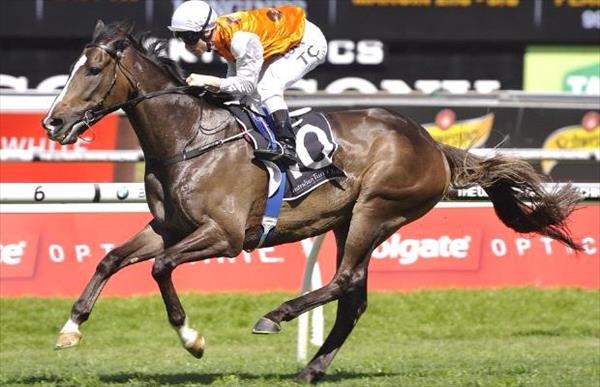 Victoire partnered his Epsom mount Fabrizio in a Kensington track gallop on Tuesday morning. The pair worked over 1400 metres, running the last 600 metres in a controlled 37.9 seconds.

“He felt very good, very strong,” Victoire said. “He enjoyed his work so everything is OK for Saturday.

“It’s going to be a big day for me. Very exciting.

“I’ve had many Group rides in France and in Germany so it’s nothing new for me.”

Fabrizio’s 50kg impost will be no problem for the natural lightweight who doesn’t need to waste to ride the weight.

“It is no problem for me,” he said. “I just have to remain strong but I’ve done it before so I know what I have to do.

Fabrizio firmed into $10 following the announcement of the Epsom Handicap field in which he will start from barrier 6.
News from Clinton Payne, Racenet