Darley announced via Twitter recently that Corumbene Stud’s Group 1 Golden Slipper winner Overreach, and her dam Bahia were ready to be covered.

Unbeaten Snippets mare Bahia was set to be covered by Exceed And Excel, with the resulting foal being a full-relation to Overreach (below). 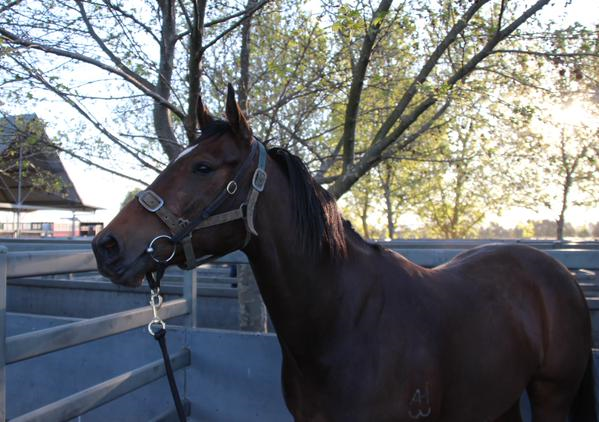 Currently in the pipeline for Bahia is Longreach, an unraced two-year-old colt by Redoute’s Choice who is in the stable of Peter and Paul Snowden, who also had trained the Outreach for the farm.

A full brother to Overreach, Outreach made his debut in the Group 3 Canonbury Stakes of his year and finished second to eventual Group 1 Golden Slipper winner Vancouver. Unfortunately fracturing his pelvis in the run, Outreach has been out for a considerable amount of time and still may not race again.

Overreach, an impressive winner of the Group 1 Golden Slipper winner of her juvenile year had a date with fellow Slipper winner Sepoy. With the resultant foal bred to be a Slipper winner, fingers crossed all goes well for Overreach at her first season at stud.